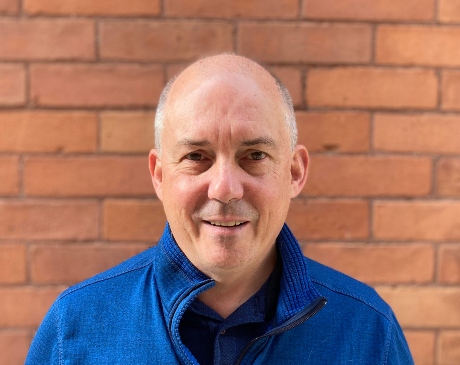 Dominick Hussey feels that healing is a process in which the client should take an active part.

He has become disillusioned with conventional medical practices that deliver a band-aid approach to cover symptoms.

His passion is in lessening symptoms now while uncovering the underlying or root cause of those symptoms and, in so doing, enlightening his clients to obtain authentic, profound, enduring healing.

Dominick Hussey was born and raised by his mother in West London. Life was challenging, his mother had to work long hours, and Dominick was often alone.

During this period, Dominick developed a stutter, a significant source of anxiety, particularly at school and university.

Dominick, regardless, did excellently at school and also excelled at sports, primarily athletics.

He then worked three years as a marketing assistant for a photographic company. He was content to have a position, but it was not his passion.

In 1990 his best friend informed him he was heading off backpacking. Dominick chose to take time out and travel. Over the next nine months, they journeyed through the Far East, Australia, New Zealand, the USA and Mexico. The trip was a wonderful experience; he met many interesting people, including two physiotherapists.

Returning home, Dominick Hussey had to determine what to do next. Physiotherapy inspired his curiosity, so he applied. Yet, at the interview, he was informed that securing a position at the end of the course would be difficult because of his stutter. This news was a massive blow.

This rejection had a silver lining. Some months after, his mother returned from an appointment with an osteopath. Unfortunately, Dominick understood little to nothing about osteopathy, though he was somehow compelled to investigate this opportunity.

He successfully applied to the British School of Osteopathic and Naturopathic Medicine in north London.

His speech made the course challenging, but he relished what he learned and adored helping people. In 1997, he graduated with an honours degree in Osteopathic Medicine and a diploma in Naturopathy.

His first post was at the Aston Clinic in New Malden, South West London. The clinic was owned and run by David Melrose, an Osteopath, Herbalist and Applied Kinesiologist. Observing David's work, he became intrigued by the Applied Kinesiology or muscle testing that David would utilize on his clients.

This observation motivated Dominick to attend a course with the International College of Applied Kinesiology and so started a love affair with AK, which continues to the current day.

During these early years of working, Dominick was challenged by anxiety and his speech impediment. Despite this, he remained positive and gained great satisfaction from his work.

Uncovering the Root Cause

The primary reason why Dominick treasured AK so much was that it offered him a window into how he helped his clients. Until then, he used osteopathic methods, and they supported his clients, though he did not understand how precisely.

Via AK, he had the means to comprehend how and, even better, to investigate the more in-depth reason why people developed their physical issues.

Over the next 12 years, Dominick sharpened his AK skills. He discovered how to test for food allergies, nutritional insufficiencies and emotional issues. Later he integrated NAET Allergy therapy into his practice. NAET is a method that utilizes AK and acupressure to diagnose and treat food and environmental allergies.

In 2003 Dominick met Sue Taylor via an online dating website, and they were married in 2006.

A year later, they attended an Aikido seminar in Toronto. Sue had been on a job exchange with the Musical Ride in 1998, so they chose to visit some of her friends in Ottawa.

They loved Ottawa, the people, the lifestyle, the prospects and even the weather. So a plan was hatched.

In 2009, after two years of navigating numerous immigration hoops, they moved to Ottawa with great relief and excitement, where Dr. Shahram Ayoubzedah hired Dominick Hussey to work at the Integral Health Clinic.

In 2010, Dr. Ayoubzadeh moved his practice to the Seekers Centre. Then, a year, he moved again to Waverley Street.

The clinic snowballed and gave Dominick and Sue priceless experience managing a diverse clinic. They are incredibly thankful to Shahram for his support and allowing them to come to Canada.

On acquiring their permanent residency in December 2013, they departed to found Ottawa Holistic Wellness (OHW).

Dominick had always been curious about the Root Cause of his client's problems, so when he found Functional Medicine, it pulled him like a magnet.

You can find out more about Dominick's Functional Medicine Practice at dominickhussey.ca.

Unfortunately, in April 2020, Sue and Dominick had to close the doors of OHW as a result of the economic consequences of the COVID pandemic. While this was a sad decision, it opened up a new chapter.

In January 2020, Sue and Dom bought the building at 355 Waverley Street, where they had previously worked with Shahram. They had intended to move OHW into 355 Waverly at the end of their lease in January 2021. Covid had intervened, however, and the move was faster than anticipated. Thus, in May 2020, Sue and Dom set up a new clinic, Complete Wellbeing, to open its doors once the COVID constraints were lifted.

He lives in the countryside with his wife, Sue. He loves to listen to music, enjoy good food, and spend time with friends and his rescue cats. Dominick also adores being active and can often be seen running, and he plays soccer, does yoga classes and enjoys downhill skiing.